SPOTLIGHT ON AN ENTERTAINER BRIGHT

If you live in a nation, it is best if you are at least a bit aware about the law of the land and of not, at least be in touch with someone who deals in law! You are right, that's a lawyer. Today, INFOSAURS brings to you a lovable lawyer-in-making who is also a popular ( extremely popular ) entertainer who has been shaking the social media for a long time now. That is Parna Deshpande from Karnataka. Parna means leaf and that's what she is! In an era of wilted flowers and shriveled green in terms of repetitive and boring entertainment, Parna comes as a fresh leaf ever so bringing in brand new and original content for entertainment. Better will be known about her in what follows. 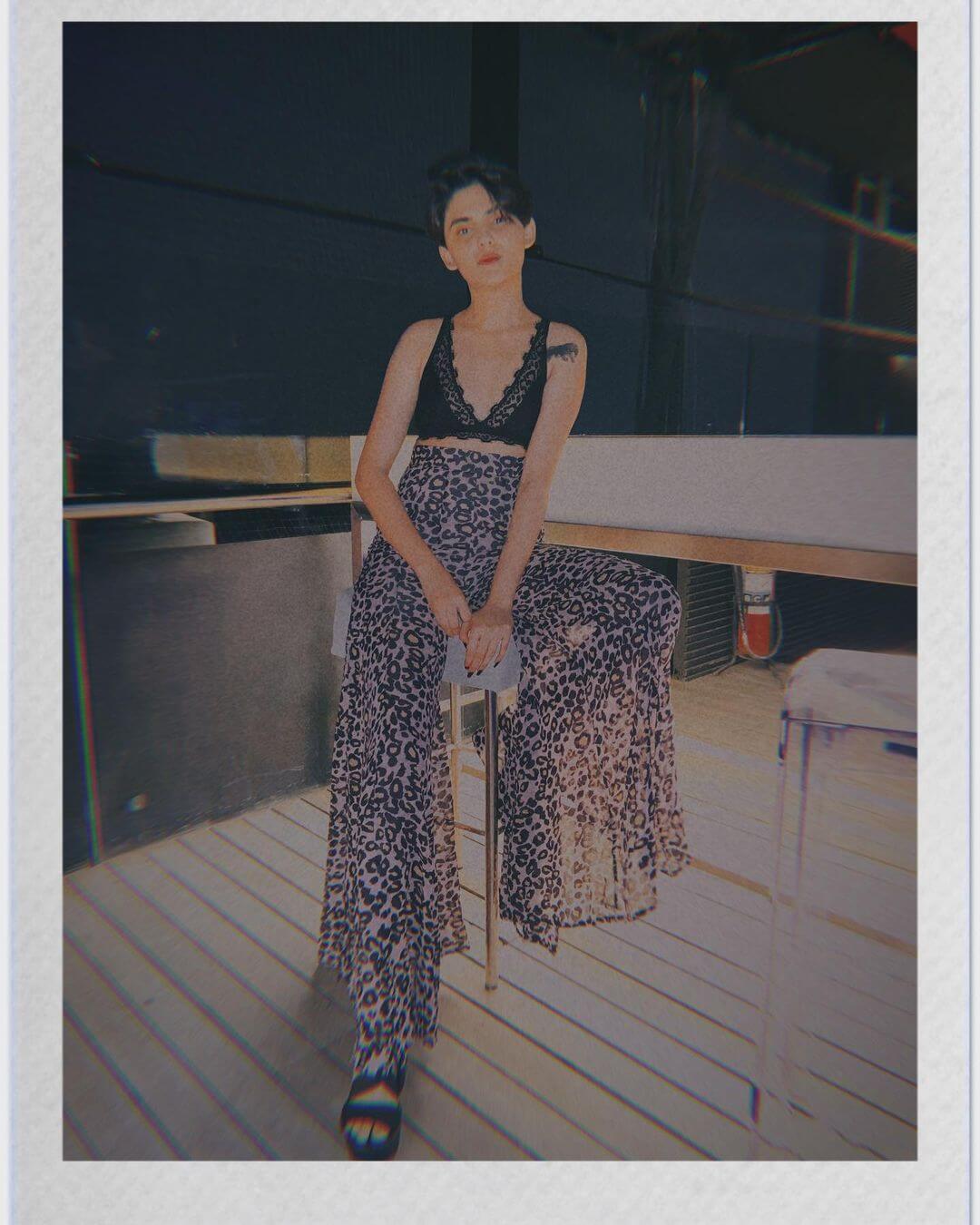 BUDDING OF THE LEAF - EARLY LIFE AND UPBRINGING

Pretty Parna was born on 22 Jan 2001 to Late Pramod Deshpande and an amazing mother Geeta Deshpande in Hubli, Karnataka. Her hometown, however, is the beautiful Bengaluru. She wasn't very fortunate with paternal love and suffered a great loss at an early age. Since then, her mother has played the role of father as well and hence is extremely close to Parna.
From standard 1-3, she got schooled in Sacred Heart Convent, Hubli. Standard 4th to 5th was in Airforce School, Bengaluru. SCTS Bengaluru, New Baldwin's International Residential School, KALS, and Gonnigoppal Kodugu are other schools she's been to. Her 11th standard was spent in Hanchinmani college, Dharwad. Then, she took a year-long break and went and did a one-year diploma in Hospitality management at SDH Institute, Singapore. Finally, she returned to India and did her 12th via correspondence course. Apart from her mother, her family includes her dogs ( read siblings ) Kuttu and Misty who mean her world to her!

Kuttu (Back) and Misty (Front).

An unabashed tom-boyish look and yet flaunting the flawless femininity and irresistibility so typical of feminine beauty pretty much sums up the looks of our lovely Parna. Longish oval face with a slender and angular jawline, a cute and prominent nose with a market beauty, plump, extremely plush and pink baby lips, rosy cheeks, and finally very cute and expressive big eyes - that's Parna for you. This 5' 5" of slim and beautiful structure weighs just 48 kg and that speaks volumes of her fitness. She is an aquarian and very much single and holds 3 tattoos on her body - on her shoulder is the tattoo of her dog Kuttu, on her forearm, there's a nature tattoo and in her wrist, there's a crown tattooed.

She is a picture of progressive India and openly identifies herself as gender-fluid/pansexual and is comfortable dating any gender.

TO READ HER CAREER CHART

What inspired 20-years old Parna into video-making, entertainment, and social media influencing? It was a dark phase, a light at the end of the tunnel! She had never thought of being an artist. Once, she had entered a depression. She used to keep her shut and isolated from the world. It was then that her psychiatrist suggested her to do something creative to kill time and it was now that she had made her first video. Unexpectedly, this video earned her overwhelming response and her Instagram followers shot past 10,000! So, all these positive responses inspired her to be an artist and currently, she enjoys more than 121k+ Instagram followers! She often gets many DMs oozing with love and positivity and she screenshots a few of them. They make her really happy and lifts her mood whenever she's going through a low phase! In near future, she has several undisclosed plans and she just shares that she'll keep herself engaged in social media.

The simplest beginning of being informal is food! Parna likes Italian ( favorite ) and also likes BBQs. She is a colorful person and likes black, turquoise, and watermelon pink ( oh, so there are even shades of pink? ). She's, not much of a movie lover but loves anime. Naruto is her heartthrob and the character which inspires her the most is Uchiha Itachi, Naruto, and Monkey D. Luffy (From One Piece). There's no favorite place for her to visit, but she does like visiting street food points. Sometimes, she just roams about in the city. She is especially interested in cooking and that's one hobby close to her heart. She claims that she makes really good pasta.

A strange secret about her is her phone-call anxiety. She is fine with texting, but while on call, she gets anxious and sometimes even starts sweating. She can't swim.  Her good habit is sleeping early and getting up early by 7:30 a.m.  Her bad habit is excess indulgence in chocolates and desserts which sometimes ruins her skin.
Her formula for a happy life is a quote from Portgas D Ace ( from the top-rated anime One Piece ) -

" There's only one way of living life and that is without regrets. "

Once, as a child, she had forged her mother's signature on her report card, and guess what? She got caught. She wants to be a great advocate and is well on the route. Her biggest dream is to live a life she's always wanted to. She wishes to have a huge kennel which will support countless street and abandoned dogs.

Her Hairstyle name is Pixie I love ur style dude may god bless u

Hey loved ur biography Ur amazing human ; keep it up Ur reels makes me smile Everytime Stalked u Everytime watching same reels never tired of it Sending lots of love Stay healthy stay save Parna

Can we talk. Cuz I would love to be in your friend list.?

The way you start living your life that is awesome. You are so strong that u could let your dream to be alive after suffering from depression . A few people can overcome by depression and make their life happy again or turn into a new life . I respect your thoughts , I admire your guts and love your strength . You can reach at the top . I would like to say you bless pan instead of God bless you ??